November 2, 2016 – Montreal, Quebec – Critical Elements Corporation (the “Corporation” or “Critical Elements”) (TSX-V: CRE) (US OTCQX: CRECF) (FSE: F12) is pleased to announce that a drill rig will be mobilized in the next few days to initiate the exploration drilling program on the new Helico Sud discovery, 100% owned by Critical Elements. Samples collected on this discovery identified high-grade lithium zones within the Helico Sud pegmatite. A total of nine chip samples were collected on the showings in areas of outcropping spodumene pegmatites (Photos 1 and 2). The results confirm high levels of lithium, with grades of up to 3.04% Li2O and 248 ppm Ta2O5, (See press release dated August 8, 2016, and the location map below (Figure 1).

Critical Elements plans to start with an initial program of exploration drilling on the Helico Sud, Pivert and JR area, followed by condemnation drilling to test for possible resources at the planned site of the various Rose lithium-tantalum project installations, geotechnical drilling and a hydrogeological survey on the Rose lithium-tantalum deposit. The hydrogeological survey consists of “Packer tests” in historical holes and pumping test in two new six-inch wells to be drilled in the next few weeks.

“We are really excited about the possibility of delineating additional near-surface high-grade lithium resources on the Rose lithium-tantalum project, which could increase the project resource and extend the mine life,” said Jean-Sébastien Lavallée, President and Chief Executive Officer of Critical Elements Corporation. “We are also pleased with the progress on the feasibility study, with the completion of the environmental baseline and the beginning of a drilling program that includes condemnation drilling, geotechnical and hydrogeological work. These phases of work are the final steps required to complete final engineering and design for the mining, tailings and infrastructure portions of the feasibility study.”

1 Chip samples are selective by nature, and cannot be considered representative of the mineralization. 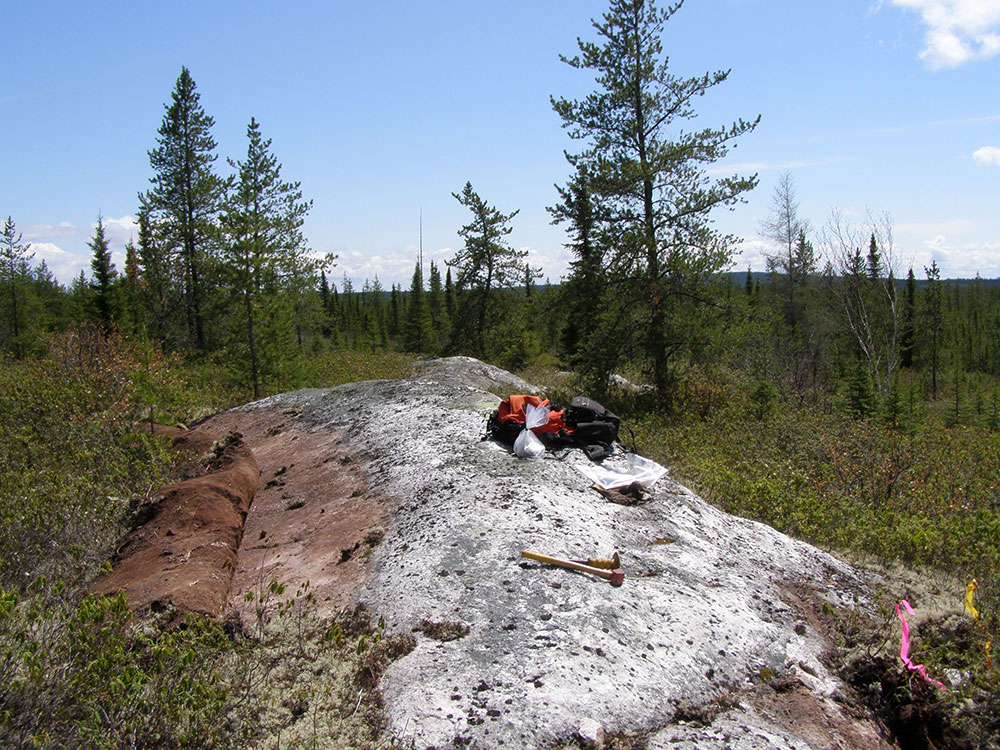 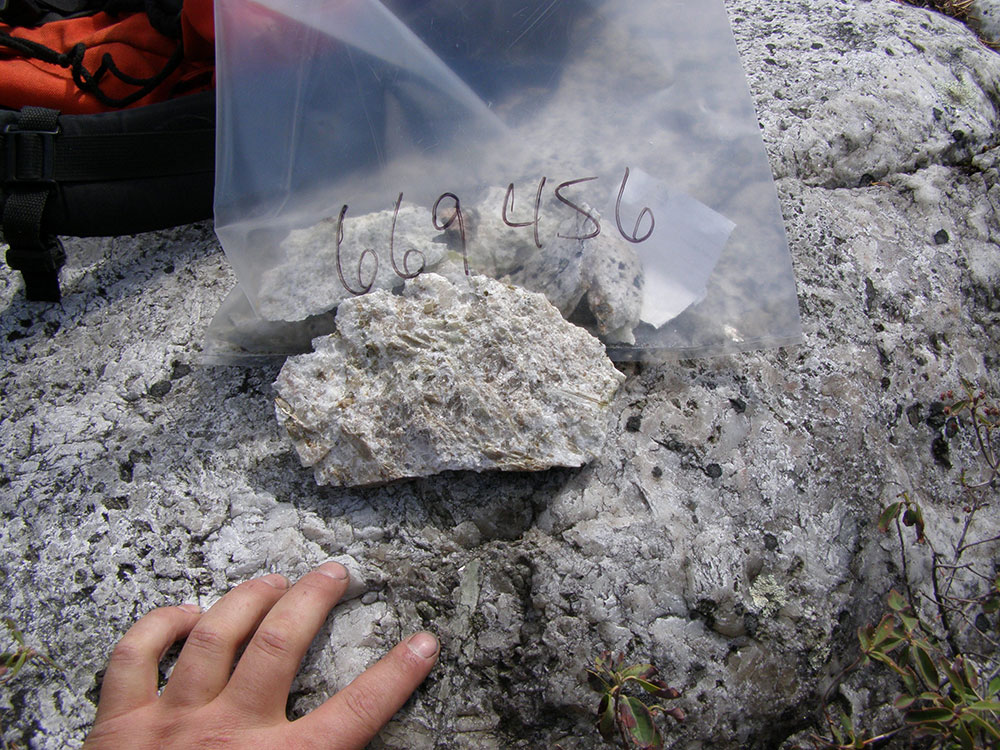 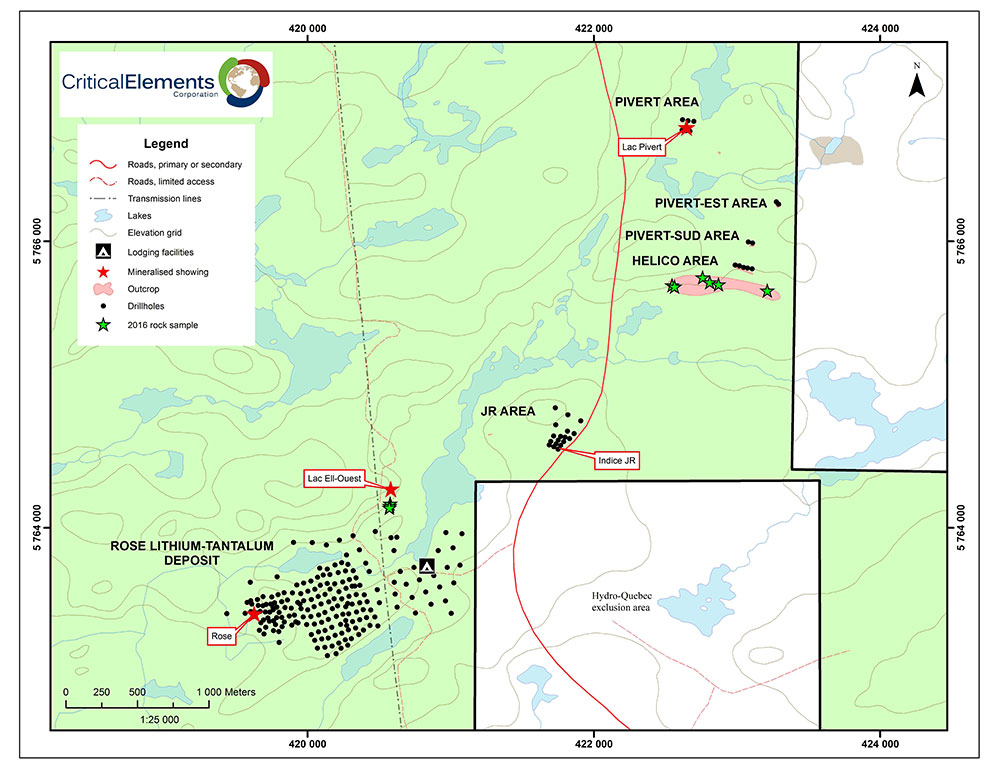 Jean-Sébastien Lavallée (OGQ #773), geologist, shareholder and President and Chief Executive Officer of the Corporation and a Qualified Person under NI 43-101, has reviewed and approved the technical content of this release.

A recent financial analysis (Technical Report and Preliminary Economic Assessment (PEA) on the Rose lithium-tantalum Project, Genivar, December 2011) of the Rose project, 100% owned by Critical Elements, based on price forecasts of US$260/kg ($118/lb) for Ta2O5 contained in a tantalite concentrate and US$6,000/t for lithium carbonate (Li2CO3) showed an estimated after-tax Internal Rate of Return (IRR) of 25% for the Rose project, with an estimated Net Present Value (NPV) of CA$279 million at an 8% discount rate. The payback period is estimated at 4.1 years. The pre-tax IRR is estimated at 33% and the NPV at $488 million at a discount rate of 8%. (Mineral resources are not mineral reserves and do not have demonstrated economic viability). (The preliminary economic assessment is preliminary in nature). (See press release dated November 21, 2011.)